Published on December 1, 2020 by The BakerMama

Pro-tip! Tuck yourself away in the pantry and nosh this Cinnamon Swirled Pumpkin Bread in stealth mode. It’s so scrumptious, you won’t want to share.

We might be a little late into decorative gourd season, y’all, but this is the perfect reason to pull out that canned pumpkin left over from Thanksgiving! Because no matter where you fall on the pumpkin spice spectrum (it’s in my coffee, my candles, and my candy corn), this dressed-up, indulgent take on a fall favorite is sure to please.

Pumpkin is earthy and mellow and just about anything you bake with it comes out perfectly moist. You really can’t go wrong. And when a basic pumpkin bread meets a delectable ribbon of brown sugar and cinnamon, the result is a mouth-watering treat the whole family will love.

The trick to this treat is in the layering. I’d recommend reading through the instructions before you begin so you don’t end up with too much or too little in the end.

First, spread 1/4 of your prepared batter evenly in the bottom of your (greased and floured!) bread pan. Then take 1/4 of your cinnamon sugar mixture and make a nice, thick swirl with a butter knife or the bottom of a wooden spoon. Easy, right? 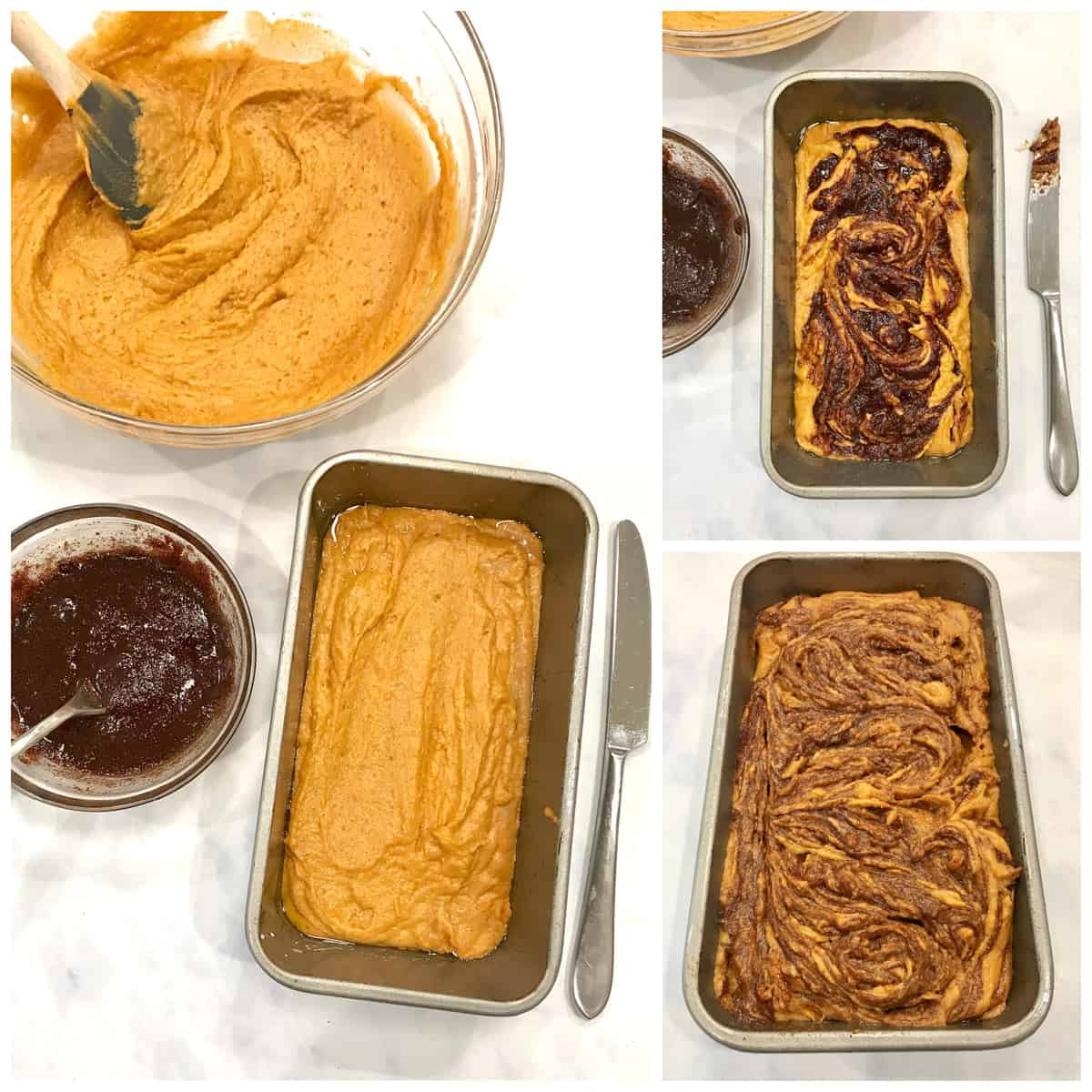 Voila! Now put that baby in to bake! 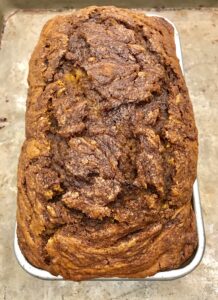 Fair warning! This bread smells ah-mazing in the oven, and with the cooling time, it takes a bit of patience, especially for little kitchen helpers with hungry tummies. But I promise, the payoff is so worth it: a moist, perfectly pumpkin-y bread with a cinnamon-sugar candy swirl.

You know I love a show-off! If you do make this amazing bread, don’t forget to tag @thebakermama when you post your pics to social. I love seeing what you do with my recipes!

Craving even more pumpkin? Try my Pumpkin Pineapple Cake for an Insta-worthy fall treat. And this Pumpkin Waffle Board might look too pretty to eat, but I promise you’ll get over that real quick! No pumpkin? If you’ve got ripe bananas hanging around, try this Cinnamon Swirled Banana Bread instead. It’s so tasty!

Tuck yourself away in the pantry and nosh this Cinnamon Swirled Pumpkin Bread in stealth mode. It’s so scrumptious, you won’t want to share. 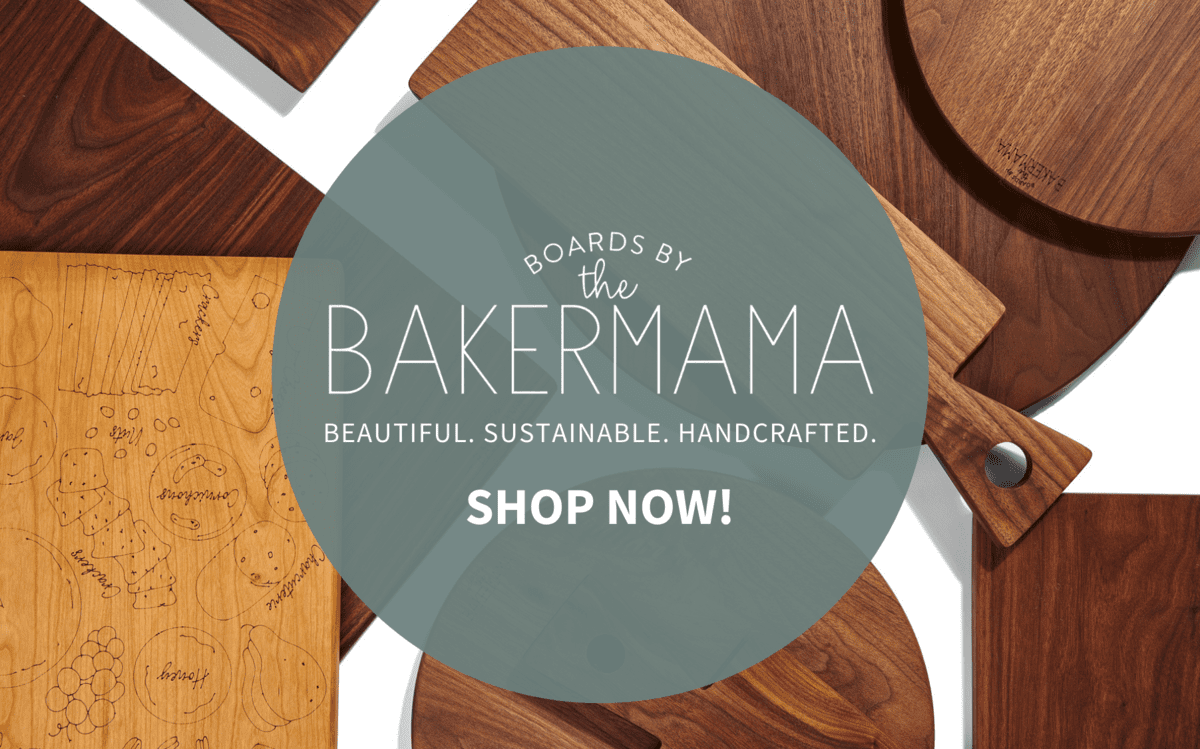 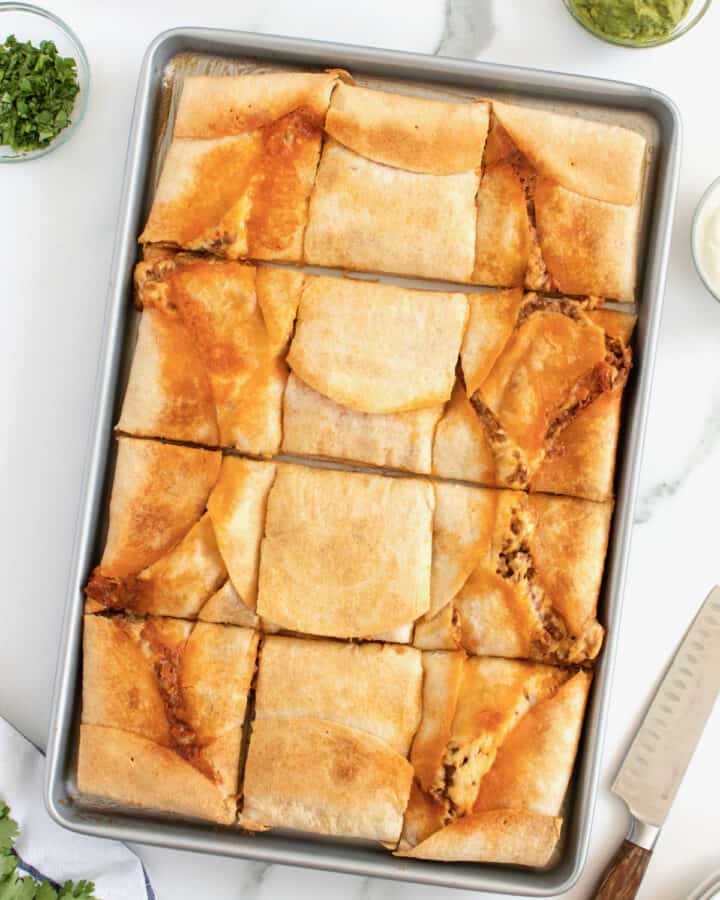 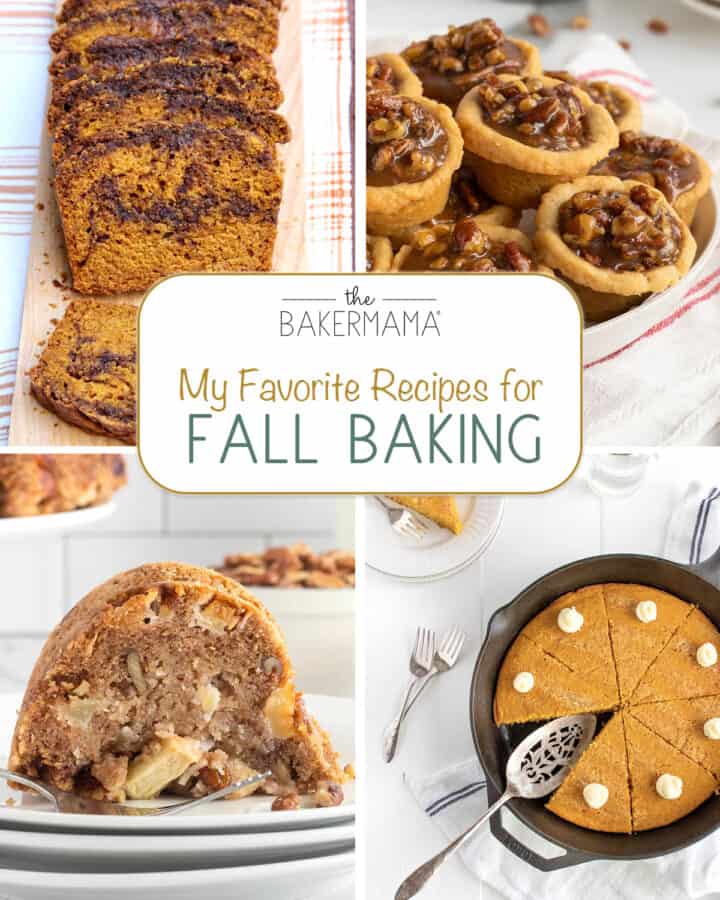 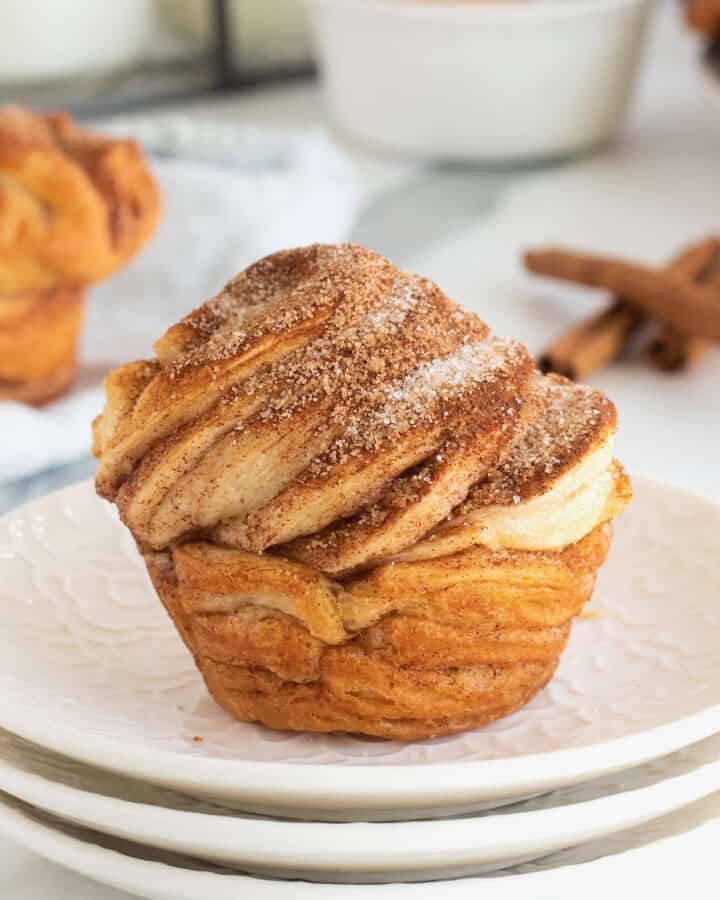 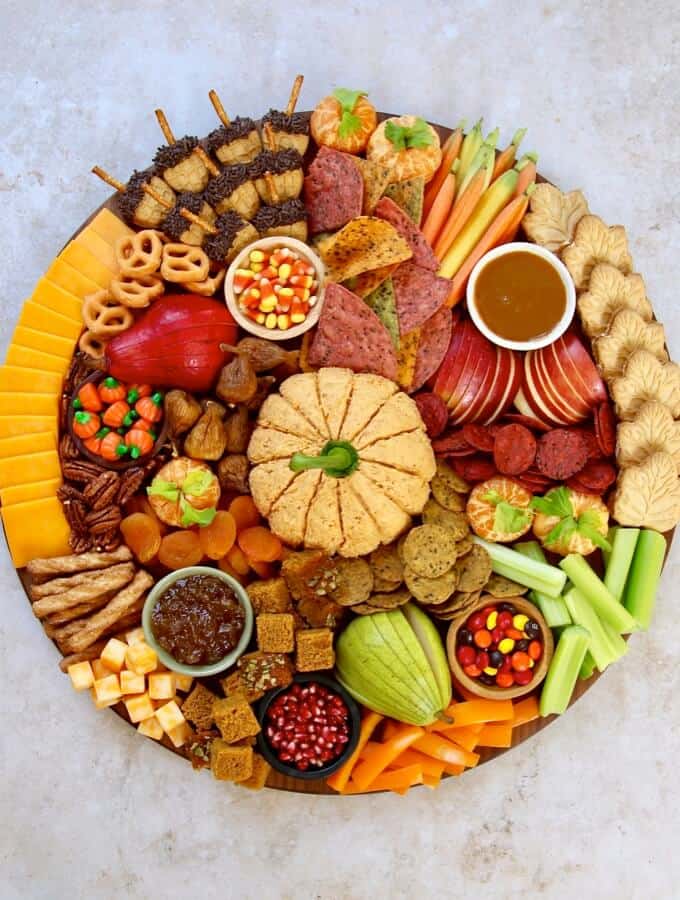