This Cinnamon Swirled Banana Bread is full of buttery cinnamon sugar throughout the moistest banana bread that’s out of this world delicious! 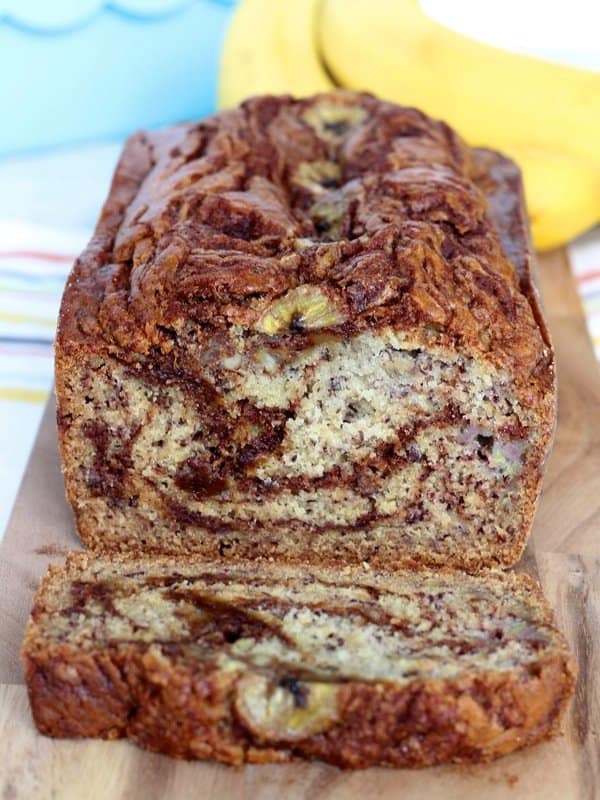 Please tell me you have some ripe bananas on your counter?! I sure hope so because this banana bread is the best and it’s calling your name! 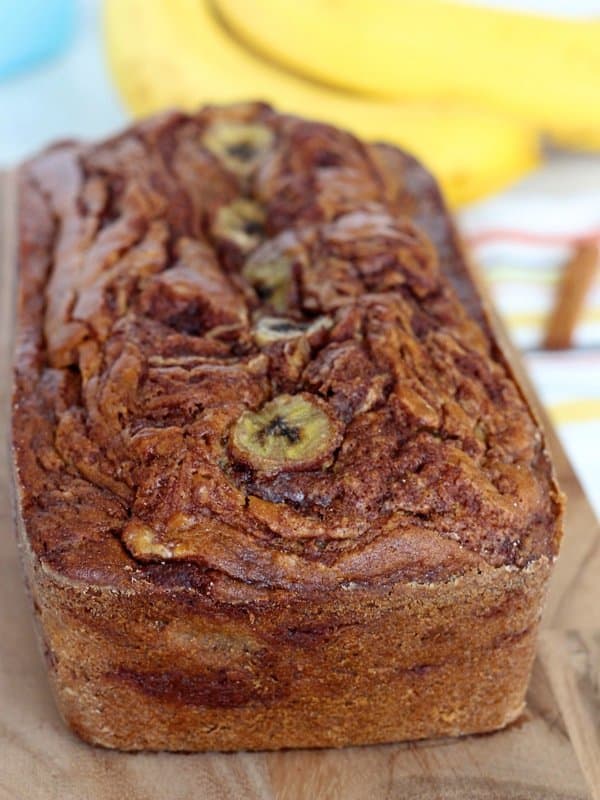 I’ve baked and consumed a lot of banana bread in my days and this loaf of love is right up there with the greatest I’ve ever eaten. It’s incredible! 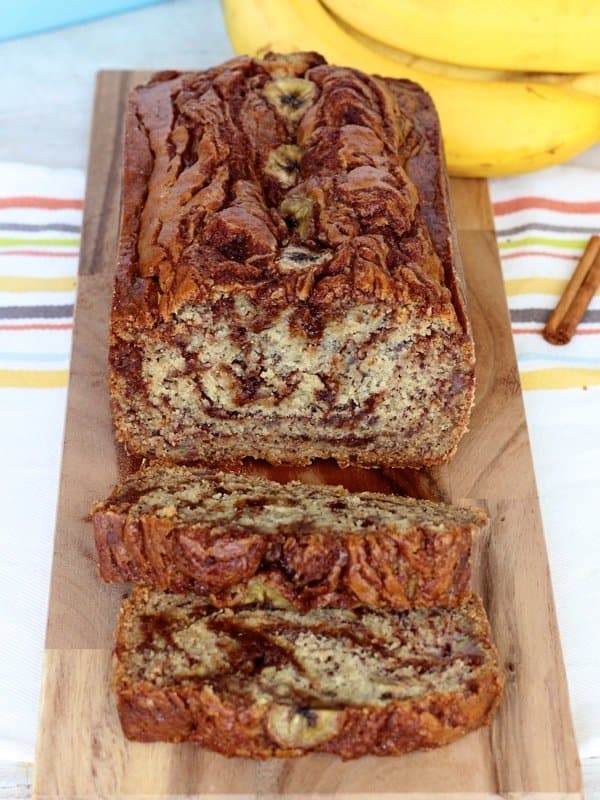 Swirls of buttery cinnamon sugar swim throughout the moistest banana bread with the most amazingly sweet crust that’s out of this world delicious! 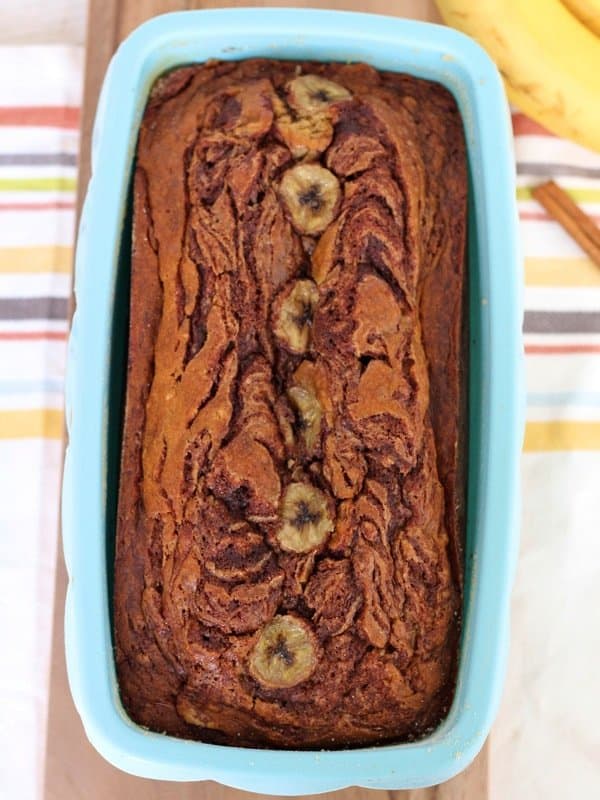 It’s like a cinnamon roll crashed into a loaf of banana bread and it turned into one of my tastiest creations! 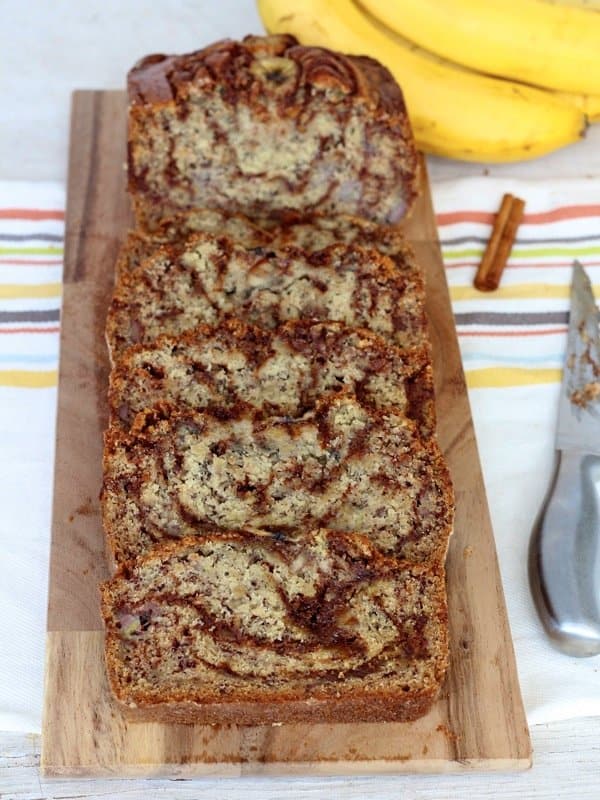 I can’t wait to bake it again and again for breakfasts, snacks, parties and gifts. It’s pure love from the oven!

I hope you have some bananas on hand so you can bake this beauty as soon as possible! Enjoy! No bananas? If you have a can of pumpkin languishing in your pantry, try this Cinnamon Swirled Pumpkin Bread instead!

Swirls of buttery cinnamon sugar swim throughout the moistest banana bread that’s out of this world delicious!